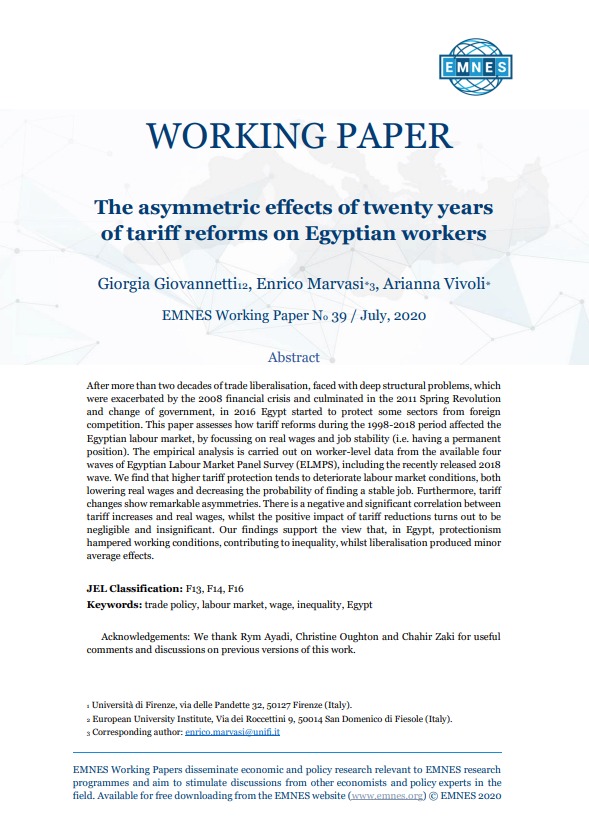 After more than two decades of trade liberalisation, faced with deep structural problems, which were exacerbated by the 2008 financial crisis and culminated in the 2011 Spring Revolution and change of government, in 2016 Egypt started to protect some sectors from foreign competition. This paper assesses how tariff reforms during the 1998-2018 period affected the Egyptian labour market, by focussing on real wages and job stability (i.e. having a permanent position). The empirical analysis is carried out on worker-level data from the available four waves of Egyptian Labour Market Panel Survey (ELMPS), including the recently released 2018 wave. We find that higher tariff protection tends to deteriorate labour market conditions, both lowering real wages and decreasing the probability of finding a stable job. Furthermore, tariff changes show remarkable asymmetries. There is a negative and significant correlation between tariff increases and real wages, whilst the positive impact of tariff reductions turns out to be negligible and insignificant. Our findings support the view that, in Egypt, protectionism hampered working conditions, contributing to inequality, whilst liberalisation produced minor average effects.