Abdelhak Azzouzi is a founding member; member of the Board of Directors of the Euro-Mediterranean University of Fez. He is a Moroccan Professor of international relations and political science, an academic and scholar. He has founded and chaired several development and

Read MoreClose
research centers and institutions, including the Schools of Hope Association and the Moroccan Center for Interdisciplinary Strategic and International Studies (CMIESI). CMIESI has contributed to establishing a number of global forums, producing internationally-acclaimed publications and creating development programs with an international dimension. Pr Abdelhak Azzouzi holds a diploma in Political Science and International Relations from the Institute of Political Science in Toulouse and a Ph.D. in Political Science and International Relations from the University of Toulouse. He is an Advisory Member of several international organizations, and has received a number of international awards and decorations. Moreover, he Head the Mediterranean Award for Thought. Pr. Azzouzi has produced several acclaimed publications including: Why have the Arabs Failed while Others have Advanced? The Roots of Tyranny and the Seeds of the Renaissance (2018). He supervised the publication of the 2012 and 2013 editions of the Moroccan Yearbook of Strategy and International Relations published by L’Harmattan in Arabic, English and French, and nine volumes on cultural diversity and the alliance of civilizations in 2010. In addition, Pr. Azzouzi has also authored a book in French on authoritarianism and the mechanisms of democratic transition in the Arab Maghreb countries. 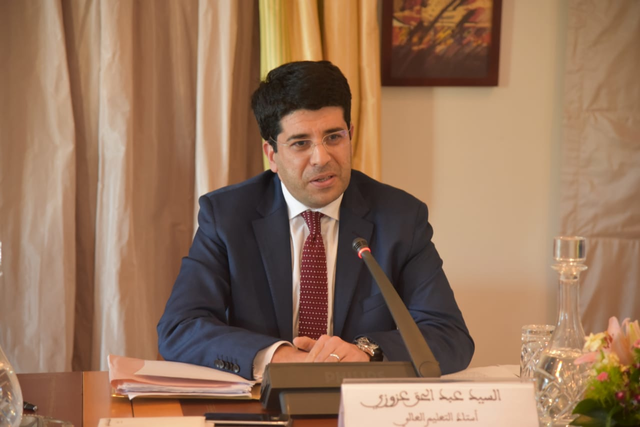