Dr. Ali is an Associate Professor, working as a Senior Economist & Researcher at the Palestine Economic Policy Research Institute (MAS). Prior to this position, he was the Director General of MAS for two terms (2004-2007 and 2010-2013). He served as Minister of Planning and Minister

Read MoreClose
of Labor in the Palestinian National Authority in 2007-2009, and was elected as the Chairman of the Palestinian Economists Association (PEA) since 2013.Dr. Ali received his Ph.D. in Economics from Prague School of Economics in 1984, and began his academic career at Al-Najah University, Nablus, in 1985, as an Assistant Professor, He chaired the Department of Economics (1987-1990), and promoted to Associate Professor in 1990. He was awarded the Fulbright Scholarship to do research and teach at the University of Wisconsin-Milwaukee for the 2000/2001 academic year. Dr. Ali joined the Palestinian Delegation to the Bilateral and Multilateral Peace Negotiations in 1991 and participated in the Madrid Conference and the Negotiation thereafter. He headed the Palestine Counterpart Team to the World Bank and the IMF (1992-1994), which prepared the first ever report on the development needs, and first infrastructure rehabilitation plan of the Palestinian Occupied Territory. When the Palestinian National Authority (PNA) was established 1n 1994, he was appointed as Director of ECON Office in the Palestine Economic Council for Development and Reconstruction (PECDAR) and as Deputy Minister of Economy, Trade, and Industry (1994-1995).

Dr. Ali resigned from his positions in the public sector by the end 0f 1995, and moved to the private sector. He was appointed as the General Manager of the Arab Palestinian Investment Bank until 1999, and as the General Manager of the Palestine Trade Center (Paltrade) (1999-2003). He also heavily engaged in voluntary activities such as Co-Founder and Chairman of the PEA, Arab Center for Agricultural Development (ACAD), and the Palestinian Center for Peace and Democracy (PCPD), and Cofounder and Member of its BOD of the Palestinian Micro Lending and Development (FATEN) from 1999 to 2004, Member of the Board of Directors of the Palestine Monetary Authority (PMA) from 2004-2016 and Member of the PNA Audit committee 2009-2013, and the Student Fund.

He has published numerous research papers and articles in Arabic and English. 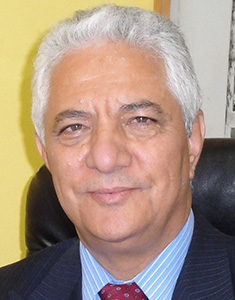