Rym’s fields of expertise include international financial systems, financial markets and institutions, global financial regulation and governance, and socio-economic development and foresight in economies in transition.

Previously, Rym served as Professor of International Business and Finance at the Department of International Business, as Director and Board Member of the Alphonse and Dorimène Desjardins Institute for Cooperatives, and Founding Director of the International Research Centre on Cooperative Finance (IRCCF) at HEC Montreal, Canada, and as Senior Research Fellow and Head of Research of the Financial Institutions Unit at the Centre for European Policy Studies (CEPS), a policy think tank in Brussels.

She was an academic senior expert member of the European Insurance and Occupational Pensions Authority (EIOPA) Stakeholder Group (Between 2011 and 2013), the promoter and director of the Mediterranean Prospects Research Network (MEDPRO) an international research network for foresight analysis in the Euro-Mediterranean region (Between 2009 and 2013) funded by the Seventh Framework Program of the EU. She was also Vice President of the European Financial Inclusion Network (EFIN), a European network that promotes mutual learning on financial inclusion.

She authors several books and scholarly articles on her areas of expertise and is member of several editorial boards. Rym Ayadi holds a Ph.D. in Economics and Finance from University Paris Dauphine.

For more information on books and other publications: Rym Ayadi 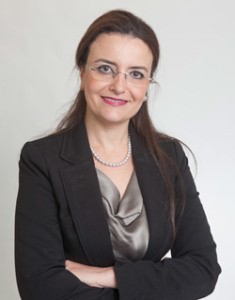