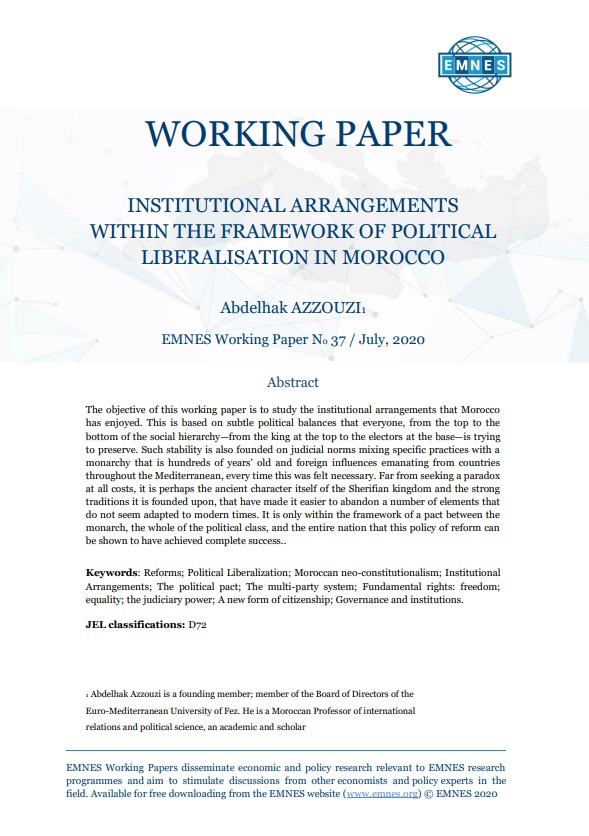 The objective of this working paper is to study the institutional arrangements that Morocco has enjoyed. This is based on subtle political balances that everyone, from the top to the bottom of the social hierarchy—from the king at the top to the electors at the base—is trying to preserve. Such stability is also founded on judicial norms mixing specific practices with a monarchy that is hundreds of years’ old and foreign influences emanating from countries throughout the Mediterranean, every time this was felt necessary. Far from seeking a paradox at all costs, it is perhaps the ancient character itself of the Sherifian kingdom and the strong traditions it is founded upon, that have made it easier to abandon a number of elements that do not seem adapted to modern times. It is only within the framework of a pact between the monarch, the whole of the political class, and the entire nation that this policy of reform can be shown to have achieved complete success.