Samy Ben Naceur is Deputy Director of the IMF-Center for Economics and Finance in Kuwait and Associate Professor ESSEC Tunis. He is senior expert at the Euro-Mediterranean Economists Association (EMEA). Previously, he worked in the Middle East and Central Asia Department of the

Read MoreClose
IMF, where he led analytical works on financial issues. He has also been an expert in banking, economic advisory and financial analysis with the Global Development Network, European Commission, the African Development Banks and several consulting firms in Europe and the MENA region for more than 15 years and published many papers in top academic journals. He holds a Diploma from INSEEC Bordeaux (France) and an Honours Ph.D. in Finance from Paris Sorbonne University. He studied the impact of capital regulation on cost of intermediation and bank performance in Egypt, the incidence of the Basel Accords on credit slowdown in MEDA countries, and the creation of common currency in the Gulf Countries, as an IMF international expert. He participated in several studies including a study on the impact of stock market liberalization on financial development and economic growth in MEDA countries, a study on the incidence of regulation, governance and liberalization on the performance of banks in the MEDA countries, and a study on banking sector development, economic growth and poverty alleviation in the MEDA countries. 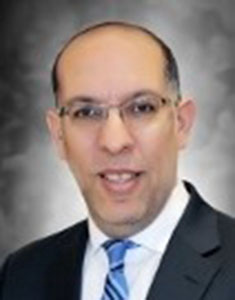