Fida Karam is an Associate Professor of Economics at the Department of Economics and Finance, Gulf University of Science and Technology, and a Research Associate at the Economic Research Forum (ERF). Her research focuses on international trade and trade policy in

Read MoreClose
the Middle East and North African Region, international and internal migration, computable general equilibrium models and microfinance. Dr. Karam completed her undergraduate studies at Lebanese University in 2004, received a master’s degree in International/Development Economics from Paris School of Economics – University of Paris 1 Pantheon Sorbonne in 2005, and completed a PhD in Economics with high distinction at the same school in 2009. Upon completing her PhD she was appointed Assistant Professor of Economics at GUST, and has been at GUST ever since. She served as the coordinator of the Economics program since 2012 and as the head of the Economics and Finance department from January 2014 to August 2017. She was recently appointed as the Director of the Gulf Financial Center, the first academic applied financial center in the Middle East. Dr. Karam has received numerous grants and awards including a grant from the French embassy in Lebanon and a grant from the French Ministry of Foreign Affairs. 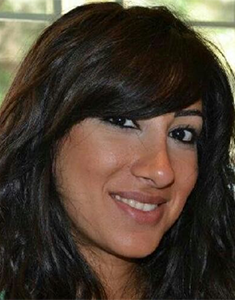