Moez Labidi is a Professor of International Finance and Monetary Policy at Faculty of Economics and Management of Mahdia, University of Monastir, Tunisia. He holds his PhD in Economics from the University of Nice-Sophia Antipolis (1992). In February 2011 he joined the board of directors

Read MoreClose
of the Central Bank of Tunisia until October 2012 . Since 2013 he is a Senior Fellow in a think tank NABES (North African Bureau of Economic Studies). Since 2015 he is a member of the Stock Index Committee of the Tunisia Stock Exchange. Since 2017 he’s a member of the National Council of Competition. Since 2016 he has been appointed as an advisor to the Minister of Finance in Charge of Financial reforms implementation. In 2017, he was appointed a member of the Conseil d’Analyse Economique (Council of Economic Analysis) reporting to the President of government.

In EMNES, he contributes to the research area on Monetary policy Reforms in the financial sector, Bond market and Financial inclusion in Tunisia. 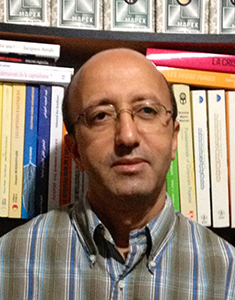