Read MoreClose
University, Study abroad programme and member of the “consiglio di Reggenza” of the Bank of Italy, Florence. She has acted as Scientific Director of the (first and second) European Report on Development in 2009 and 2010, Director of the Development Research Area in the Global Governance Programme (2011-2013), Director of the Research Centre of the Italian Trade Institute-ICE (2005-2007). She has been advising the EU Commissioner for Development (2009-2012), the President of the Italian Trade Institute-ICE (2004-2014), the Italian Treasury (2003-05) and the Italian Ministry of Foreign Trade (2002-05). She is the scientific coordinator of the Fondazione Manlio Masi, member of the globalization team at OECD, fellow of the Foundation for International Development Study and Research- FERDI, (University of Auvergne at Clermont Ferrand) and Fondazione Luca D’Agliano (Turin). She was in a Group of the Center for Global Development (CGD) in Washington working on the Reform of the Rome Agencies. She holds a PhD and an MPhil in Economics from Cambridge University, and a Laurea cum laude in Statistics from the University of Roma la Sapienza. In the past she has been fellow of Trinity College- Cambridge and lecturer (1990-1995) and visiting Professor in several universities (Pompeu Fabra- Barcelona, Hoover Institution-Stanford, Universitat Torcuato de Tella- Buenos Aires). She has also been Fellow of the European Forum of the EUI on “The Political Economy of an Integrated Europe” (1996-97). Her research interests include macroeconomics, political economy, international trade, European Economy and development economics. Her work has been published in leading academic journals and presented in main international conferences. 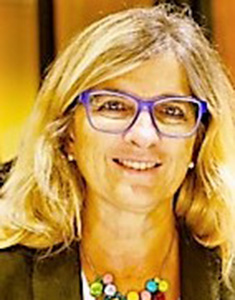